Green Ships AS has completed the design of the ferries. According to informed shipping circles the vessels will be ordered (for) and operated by Corsica Ferries for their routes France to Corsica. The ferries have a length of 150 meters, pax capacity of 1,200 and 340 Cars. Beside the diesel-electric power they will also have rotor sails. An MOU was signed with Fosen Verft for delivery 2022 and 2023. https://greenships.no/concepts/ 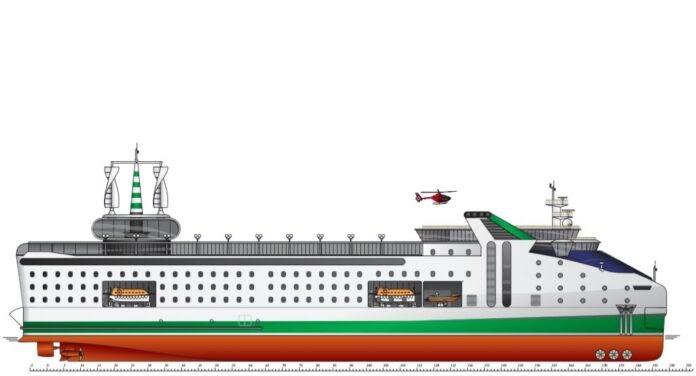 Nice Green Ferries (NGF) is pleased to announce that we have signed a LOI with a shipyard group in Norway for 2 x 140 metres Ropax Cruise ferries which will be put into operation with daily sailings on routes between Nice, Corsica and Sardinia. The ships have a capacity of 1,200 passengers/400 cars, high standard cabins for all passengers and all desired amenities.

The Hybrid electric ships will be be powered by a Hydrogen based power plant and a range of renewable energy through large sized batteries/switchboard systems.

Scheduled start-up of operations is from Autumn 2023.

NGF also has an option for two Medium/Small size luxury cruise ships for about 600 passengers with standard cabins sizes of about 37 m2 including balconies. The same Hydrogen/renewable energy power plant as on the Ropax cruise ferries mentioned above will be used.

The two cruise ships will use Nice as a home port and operate mainly in smaller ports of the Mediterranean such as Venice, Ajaccio and more...

It is now assumed that the larger cruise ships of 200 m2 + that are not built fossil free/zero emission - will not be permitted to enter many typical cruise ship ports in the future due to new stricter environmental, size and noise regulations/limitations.
Also vulnerable seabed disturbance reduction is important to avoid.

Several major European ship equipment vendors/companies will deliver power plant components to the ships including the electric propulsion systems. These systems are well integrated into the long, slender hulls of the ships with low hull resistance and a draft of only 5 metres, due to the Voith propulsion system.
The 2 cruise ships are intended to be put into service from the second half of 2024.

NGF, with its office in Nice, is expected to shortly enter into agreements with a number of companies regarding provision of Hydrogen, shore services, marketing/sales and and operations. 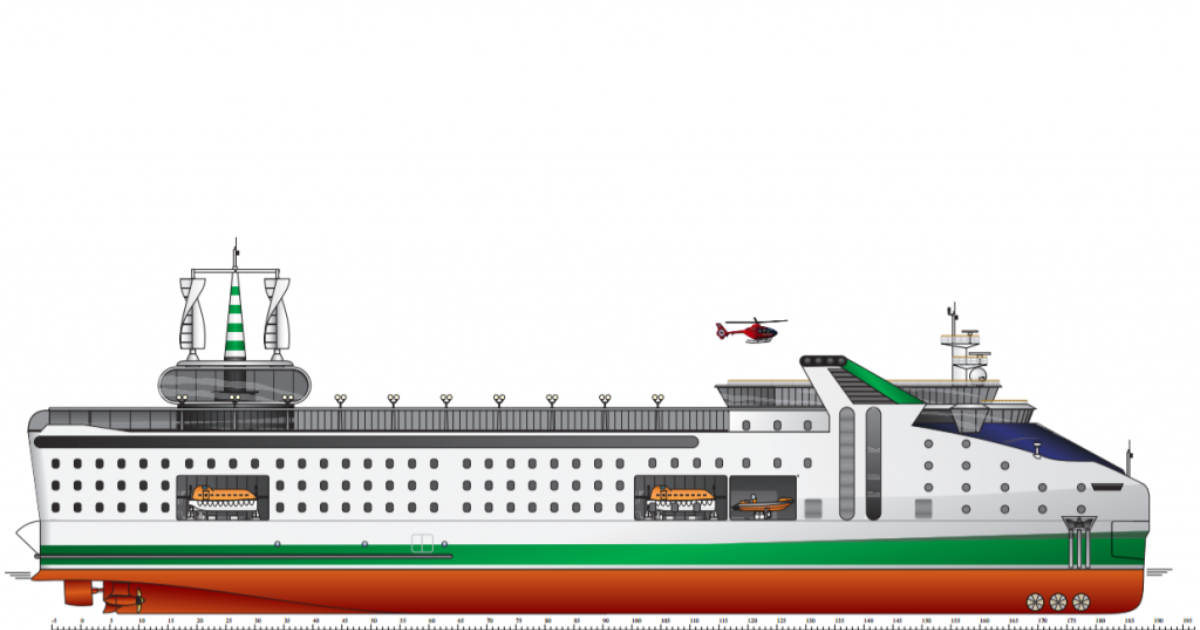